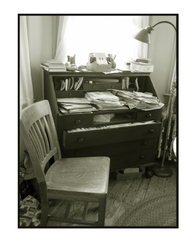 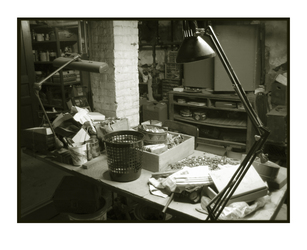 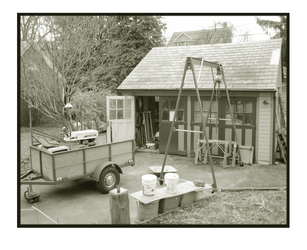 Biography
Sculptor David Carrow was born in New York City, attended Columbia University School of General Studies (BA), The NY Studio School, and received an MFA from UNC-Greensboro.  DC is a Navy veteran, has work experience as an ironworker, steel fabricator, college teacher, builder/renovator, and host of other things.  He assisted two notable sculptors- Seymour Lipton and Peter Agostini, during his years as a student.  Since the mid 1980’s, DC has worked with Melvin Edwards on a range of projects, especially in the fabrication and installation of his commissioned sculptures.  This is the short list.

Employed at the Johnson Atelier Technical Institute of Sculpture, Mercerville, NJ from mid 1981 to January 2004.  He was continuously involved in the growth and development of that facility.  The Johnson Atelier closed at the end of 2004.

Exhibitions:
From 2006 to 2017, Dave Carrow and Michelle Post have organized, curated and participated with new work in 8 Invitational Sculpture Exhibitions at various galleries and museums in New Jersey.

David Carrow received a 2001 fellowship from the New Jersey State Council on the Arts.  He exhibits in group shows regularly.

​
Artist’s Statement
I am using a combination of elements; formed/fabricated assemblies which contain kinetic and interactive components, found objects- curiosities and collectibles of various shapes, colors, origins and materials- which are designed and constructed to invite participation, display a sense of humor, and play with the notions of scale and time.